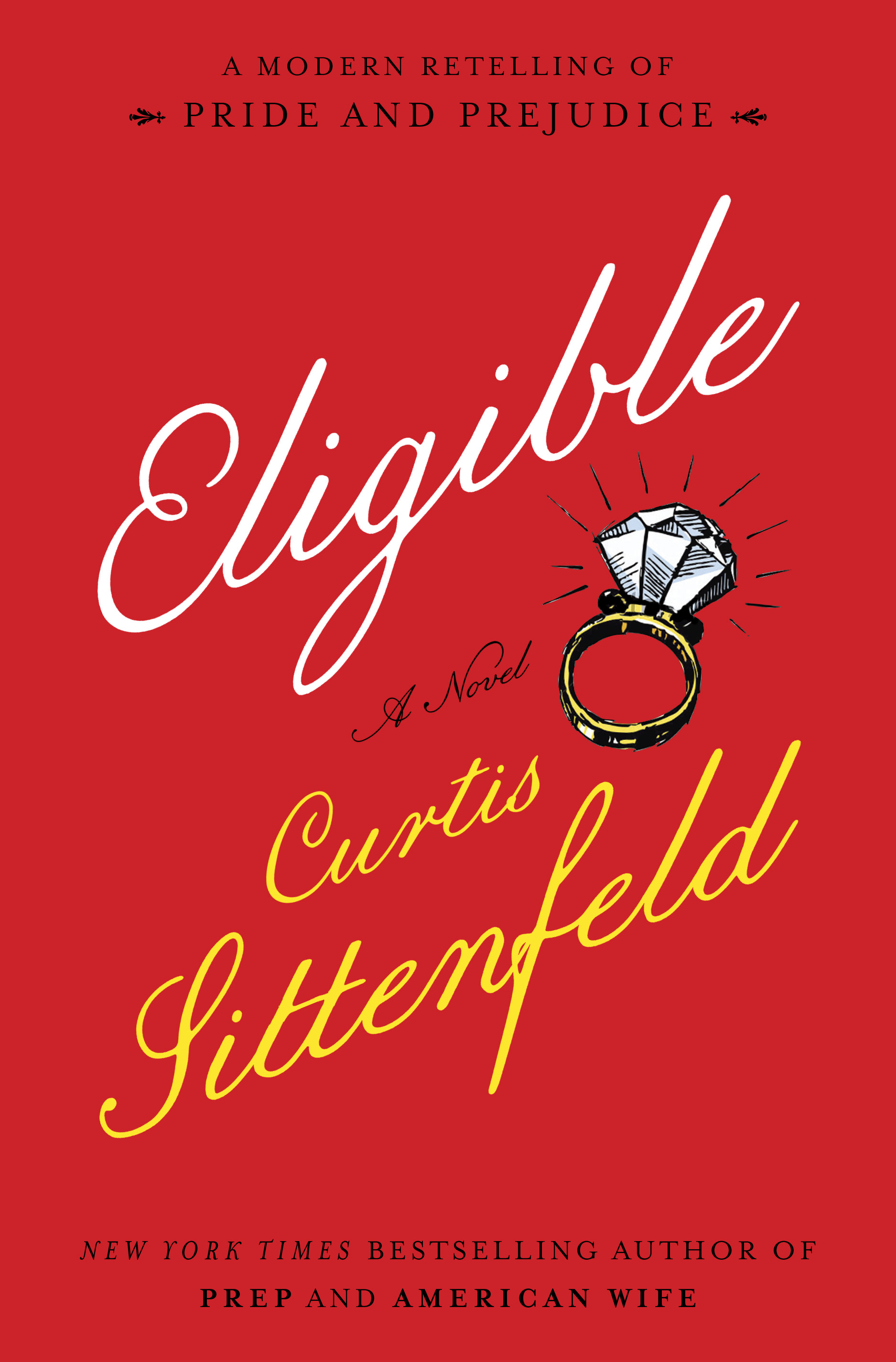 From the “wickedly entertaining” Curtis Sittenfeld, New York Times bestselling author of Prep and American Wife, comes a modern retelling of Pride and Prejudice. Equal parts homage to Jane Austen and bold literary experiment, Eligible is a brilliant, playful, and delicious saga for the twenty-first century.

This version of the Bennet family—and Mr. Darcy—is one that you have and haven’t met before: Liz is a magazine writer in her late thirties who, like her yoga instructor older sister, Jane, lives in New York City. When their father has a health scare, they return to their childhood home in Cincinnati to help—and discover that the sprawling Tudor they grew up in is crumbling and the family is in disarray.

Youngest sisters Kitty and Lydia are too busy with their CrossFit workouts and Paleo diets to get jobs. Mary, the middle sister, is earning her third online master’s degree and barely leaves her room, except for those mysterious Tuesday-night outings she won’t discuss. And Mrs. Bennet has one thing on her mind: how to marry off her daughters, especially as Jane’s fortieth birthday fast approaches.

Enter Chip Bingley, a handsome new-in-town doctor who recently appeared on the juggernaut reality TV dating show Eligible. At a Fourth of July barbecue, Chip takes an immediate interest in Jane, but Chip’s friend neurosurgeon Fitzwilliam Darcy reveals himself to Liz to be much less charming. . . .

And yet, first impressions can be deceiving.

Wonderfully tender and hilariously funny, Eligible both honors and updates Austen’s beloved tale. Tackling gender, class, courtship, and family, Sittenfeld reaffirms herself as one of the most dazzling authors writing today.